Maternal mortality: the equivalent of three 747s crashing every day 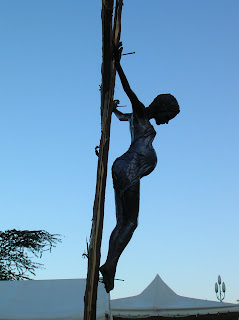 I recently gave a public lecture at St. Thomas University in Fredericton, New Brunswick, titled 'Dialogue, difference and human development: gendered perspectives on Catholic social teaching'. Here's a taster. If you want to read the whole lecture, click here to go to my website to download the full text:

Part of Benedict XVI’s concern for privacy is to prevent state interference in the family through policies of population control such as enforced contraception and sterilisation. I think this is an important issue which is neglected by many feminist campaigns which confuse reproductive rights with population control. They are not the same, and policies of population control can involve extreme violations of women’s reproductive rights. Nevertheless, this brings me to the most problematic and I’m aware the most sensitive aspect of my questioning of Caritas in Veritate, and that is its implicit refusal to engage with the complex issues which arise if one takes seriously the mother-child relationship as an inseparable duality of persons which can sometimes give rise to tragic and insoluble moral conflicts. So, what happens if the human life that is weak or marginalised, devalued and violated by a society, is the life of a childbearing woman or, to be more precise, the 536,000 women who die every year as a result of complications and neglect during pregnancy and childbirth, and who merit not even a passing mention in a papal encyclical concerned with the ethics of life? As Canadian feminist theologian Eileen Kerwin Jones points out, ‘This loss of life is equivalent to that which would occur if three 747 planes crashed daily.’ She quotes a Canadian obstetrician who observes that, ‘From the time you had your morning coffee today until the same time tomorrow, 1,600 women will have died from complications of pregnancy.’ In addition, an estimated 50 million women are chronically disabled every year from pregnancy-related causes, and the vast majority of these dead and disabled women – 99% - are in the world’s poorer countries. As Kerwin Jones argues, ‘this statistic translates into the staggering fact that almost one in four of all adult women living in the poorer nations of our world are chronically disabled as a direct result of pregnancy and childbirth.’
Posted by Tina Beattie at 11:24 pm No comments: 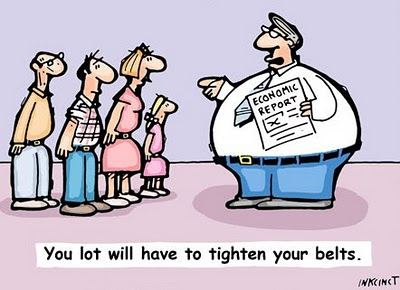 Here is a quotation from today's Guardian newspaper about funding cuts to British universities which might mean widespread redundancies and reductions in student numbers:
'Peter Mandelson, the business secretary who is in charge of universities, accused the [university] principals of "gross exaggerations" and "extreme language", but would not be drawn over whether he would make further cuts to higher education. Universities had to do "no more than their fair share of belt-tightening," he said.'
Perhaps one of these fair-minded politicians would explain to us when the bankers are going to have to do their 'fair share of belt-tightening'.
Posted by Tina Beattie at 3:25 pm No comments: