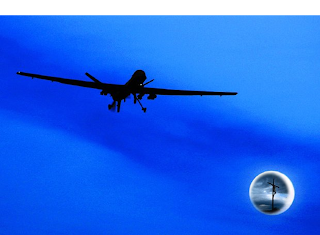 On Saturday, 11th May I was invited to speak at the combined AGMs of Pax Christi and the National Justice and Peace Network in London. I said I would post the text of my talk on my blog. Here is a short extract from the introduction. Please go to this link to read the full text, which is an extended version of my talk.

And he shall judge between the nations, and shall rebuke many people: and they shall beat their swords into ploughshares, and their spears into pruning hooks: nation shall not lift up sword against nation, neither shall they learn war any more. (Isaiah 2:4)

War is a unique and enduring horror in the human story. We trumpet our claims to progress and civilization, yet war shadows all our endeavours with its deadly and consuming seductiveness. It’s not only war itself that points to some fundamental malaise in the human condition – whether we call that original sin or prefer some less theologically loaded term – it’s also our drive to form tribes and races and nations which legitimate this savagery and butchery, promoting it within our institutions and laws, sanctifying it within our religions, and masking its barbarism with the language of glory and heroism. Every species defends itself, but we alone have raised self-defence to a dark art that leaves its legacy in our most ancient archaeological remains, and extends before us in the malevolent genius of technological warfare on a scale never seen before.

We gloss the shit and the stench, the failure and the catastrophe of war with the language of heroic sacrifice and glorious conquest. Anyone who goes to Waterloo Station will find themselves confronted by vast banners advertising the charity ‘Help for Heroes’. It is the favoured charity of more and more companies, so that even as the failure of our recent military escapades becomes ever more apparent, the reflected glory of our dead and wounded soldiers dazzles and blinds us to the truth.

We muffle the cries of the orphans and widows, the wounded and the homeless, with the illusory glory of our heroes and the exaggerated wickedness of our enemies. We hide from ourselves the fact that soldiers return from war as broken and violent men. They make up a disproportionate percentage of our prison populations, and they are more likely to be involved in incidents of domestic violence. If these are the deeds we know, we should shudder to think what desperate young men are capable of doing when the people they encounter are not wives and neighbours and fellow citizens, but people they have been trained to see as deadly enemies.

Despair and violence go hand in hand. More veterans of the Falklands war have died by suicide than those who died in the war itself. 264 have committed suicide, while 255 were killed in the Falklands. In America, it has been estimated that for every soldier killed in America’s current military conflicts, 25 veterans die by their own hands – more than 6,500 veteran suicides a year, which is more than the total number of American soldiers killed in Afghanistan and Iraq combined. It seems as if all the journalists and reporters and documentary film makers who bring into our lives the truth of war and its intolerable ugliness cannot break through that gloss of legitimated violence that fuels the lust for war. In a culture which is perhaps more intolerant of violence in all its forms than at any other time in history, British identity is still so often defined in terms of memories and preparations for war, with an economy sustained by militarism and the arms industry. We need only think of the current struggle by military chiefs to claim some of the overseas development budget for the purposes of their own ostensibly humanitarian interventions.

Yet if the reality of war haunts the history of facts and events, the yearning for peace has inspired the history of poetry and prophecy. It reverberates through all the intervening millennia between the time of Isaiah the prophet and the time of our own yearnings and horrors. From the Mahabharata to the epics and tragedies of ancient Greece and the writings of the Hebrew prophets and psalmists, our most creative and spiritually attentive forebears have lamented over the horror of war even as they have also sometimes sung its praises. The fragile longing for peace binds our human spirits in sorrow and hunger, even although we are creatures of malevolent genius when it comes to refining the technology of war to produce ever greater feats of cruelty and killing.